The experience of pristine wilderness

Hike with a view

From Senj you can see the highest peaks of the Velebit Mountainrainge. Is seeing not enough? We provide drop offs and pick-ups from any location in NP Velebit. If you prefer a guided walking tour, we can discover together the most beautiful places in NP Velebit. We organize 1-day tours, longer hikes are only one request. 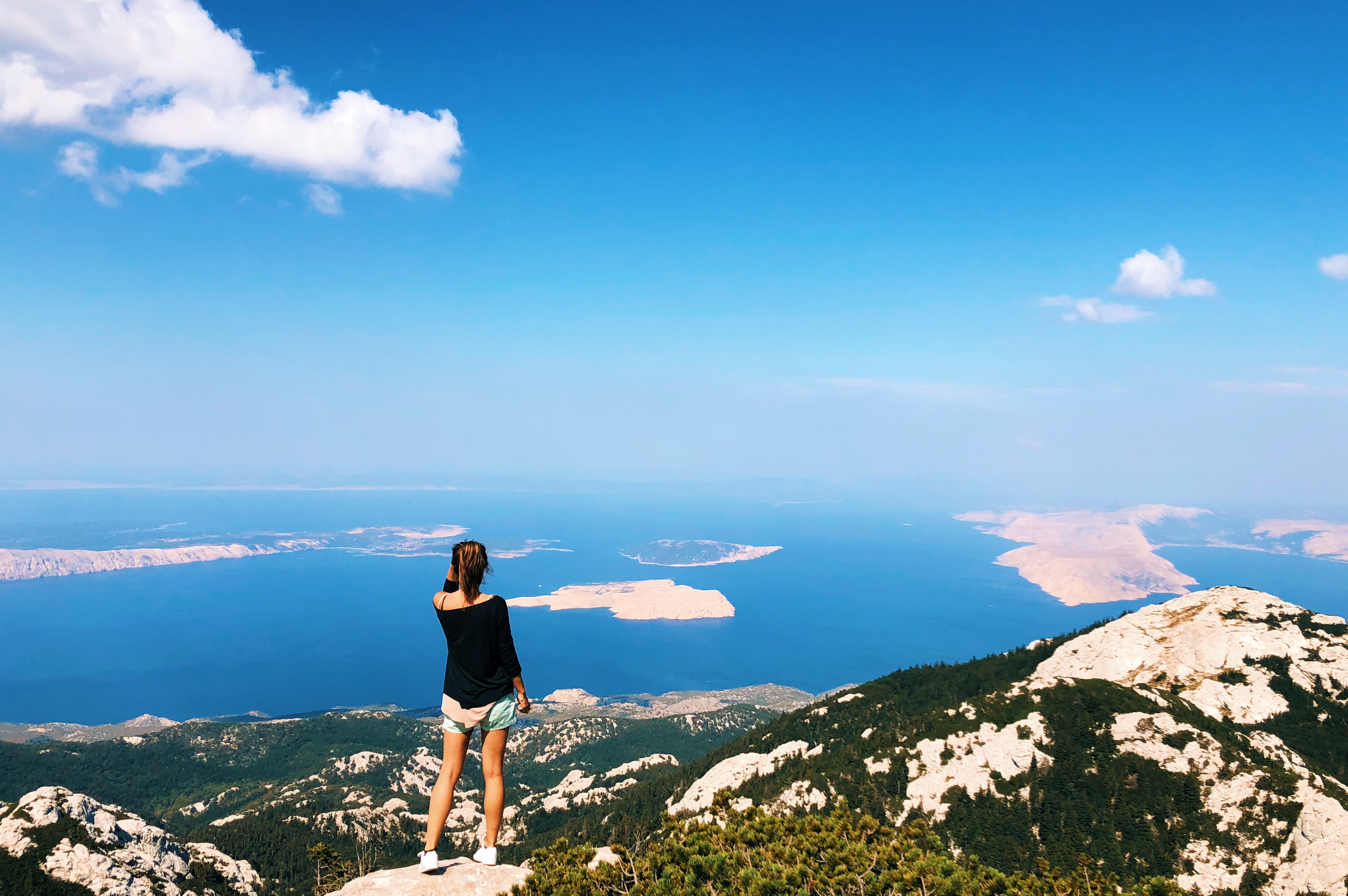 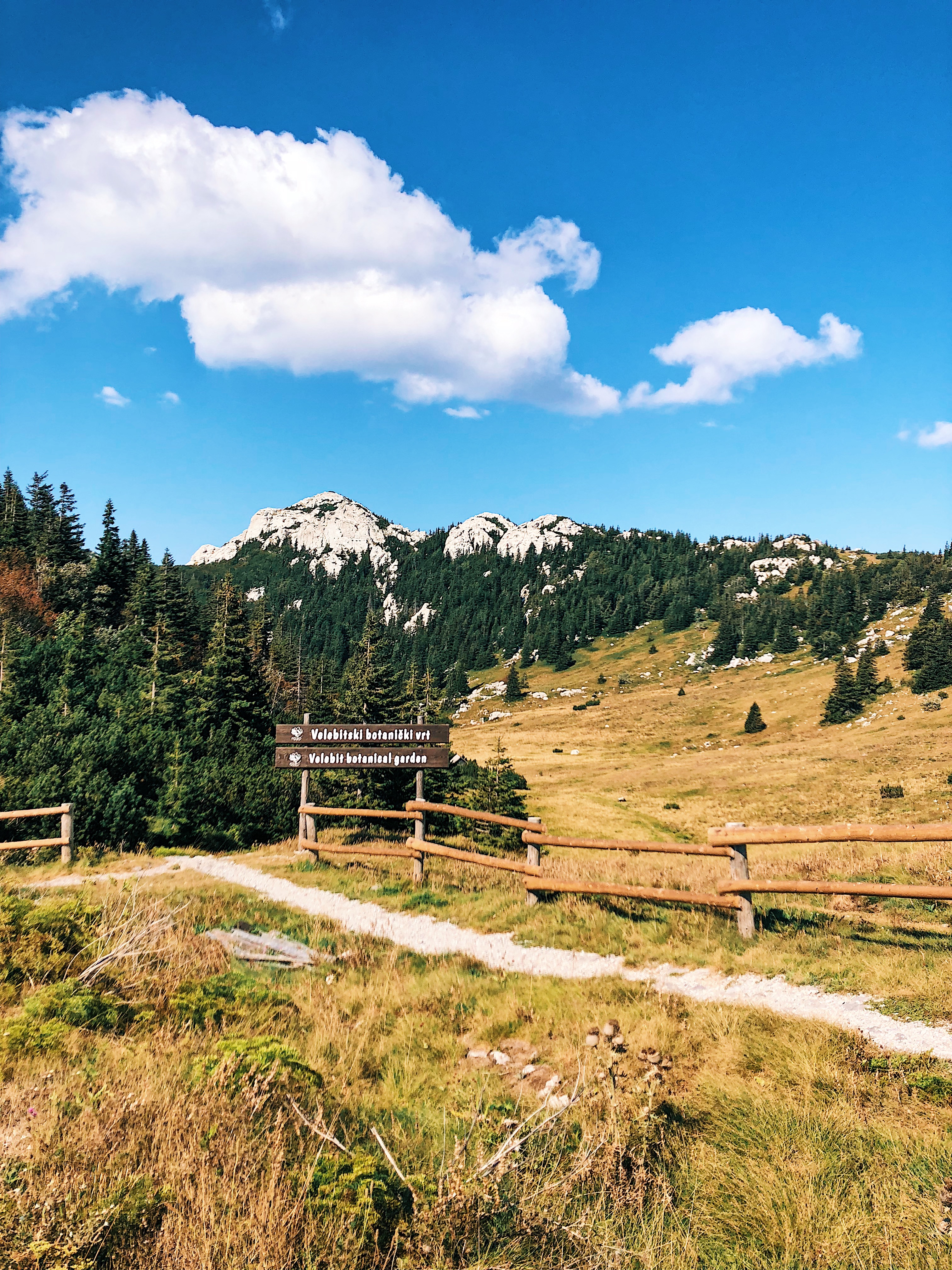 The Northern Velebit National Park is a national park in Croatia that covers 109 km2 of the northern section of the Velebit mountains, the largest mountain range in Croatia.

Enjoy the wonderful view of the sea and Lika from the peaks of Zavižan and Alan, immerse yourself in the rich and diverse flora and fauna in the Velebit Botanical Garden and explore Štirovača, an area rich in coniferous wood. Lubenovac, the spacious Velebit valley with the numerous remains of old summer huts and drystone walls tells of the past way of life on the mountain.

Forests that are difficult to pass through, small karst valleys, pit caves and sinkholes, wells and limestone pavements, large blocks of rock, all of it makes up Northern Velebit, a magical mountain that has had the status of a national park since 1999. The bear, wolf, lynx and golden eagle inhabit this preserved eco-system.

The Park is criss-crossed with mountaineering trails. Most off the trails do not end on the same point as where they started. We can drive you to the village Krasno where you can buy your entrance ticket and drop you off at your starting point. If you’re going for a 1-day hike you will end at the same spot where we pick you up again. The more day hikes end at different places, just let us know which hike you are doing and we make sure we will be there to pick you up. 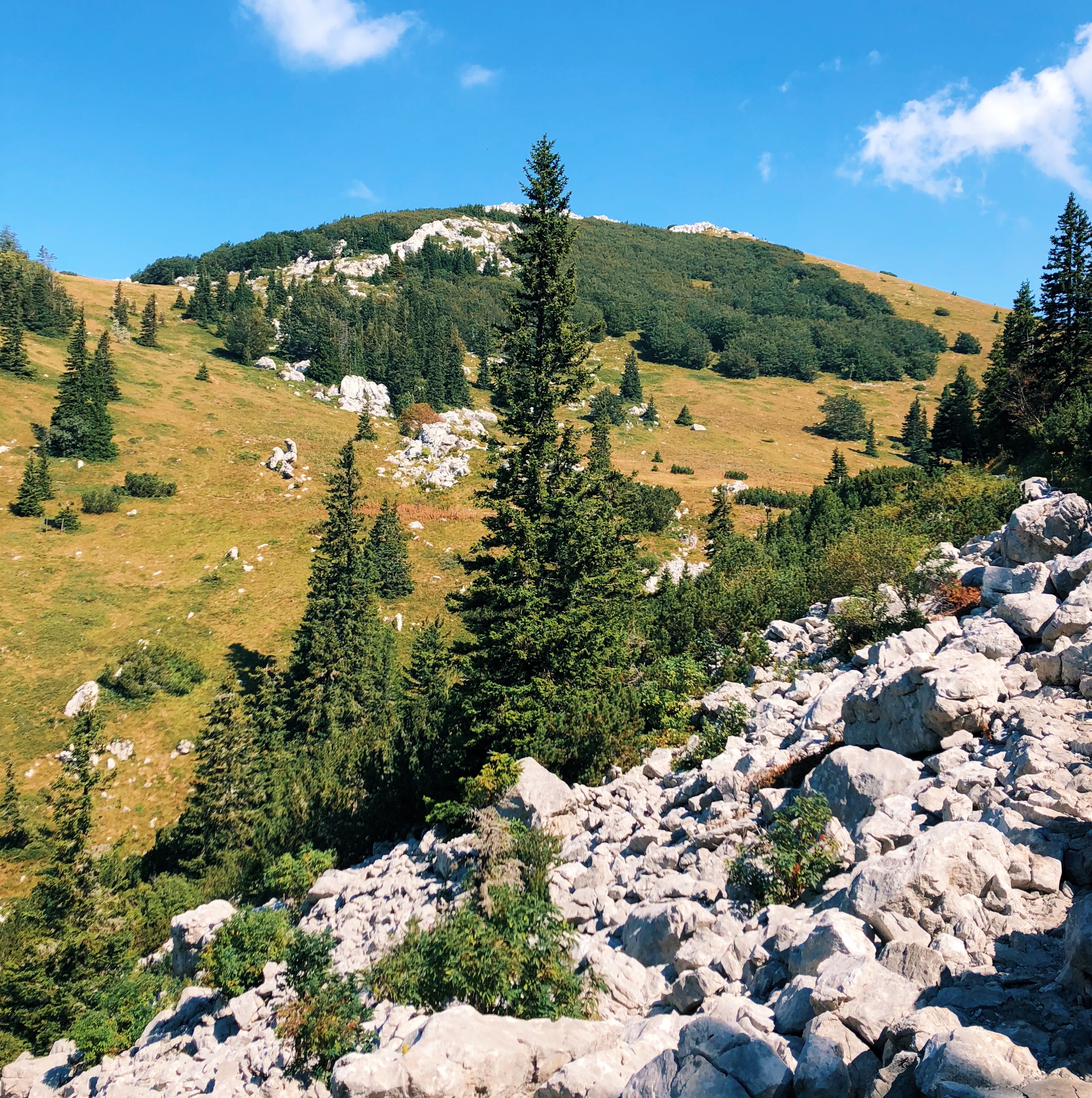 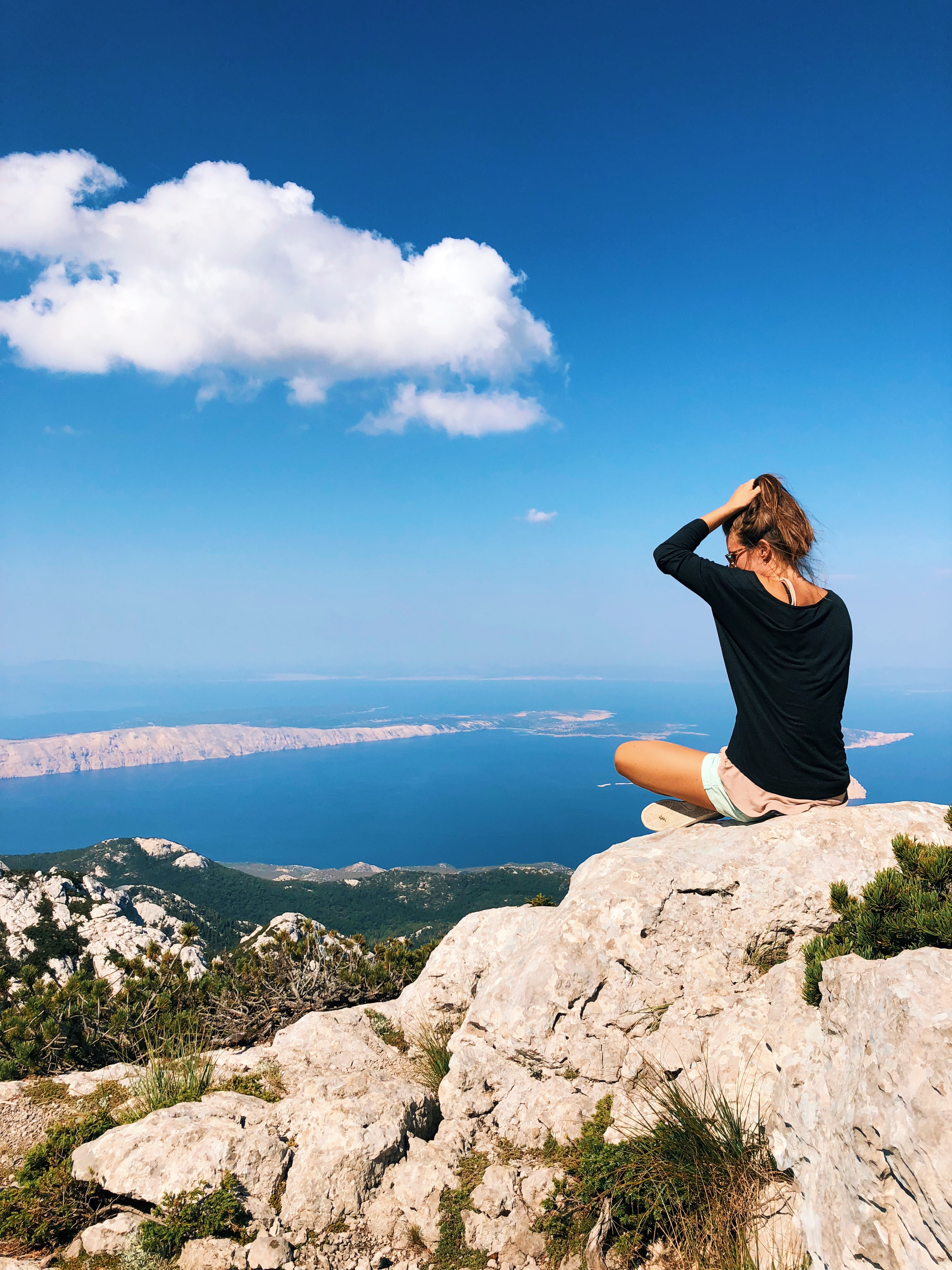 If you prefer a guided walking tour, we can discover together the most beautiful places in NP Velebit.

We organize 1-day tours which will start and end at the Zavižan mountain hut. We are taking the mountain trail that leads up to the highest peak of the park, where you can enjoy the magnificent panoramic views of the Adriatic Sea and its islands (Pag, Rab, Goli Otok, Prvić and Krk) as well as of the continental side.

From there we follow the famous Premužić Trail which named after its constructor, the forester Ante Premužić who built it in late 1933. The path runs through the most beautiful and most interesting parts of the park. Along this trail we will stop for lunch from the picnic basket we brought. The trails leads us back to the Zavižan mountain hut, where you have some time to relax before drive back to Senj.

“We are very satisfied and truly enjoyed this trip“

We departe from the Zavižan mountain hut

We reached the highest peak where you can enjoy the amazing view!

We brought a picnic basket filled with local products for lunch

You have some time to visit the Botanical Gardens

End of the hike

Drive back to Senj

In 40 minutes we drive back to Senj